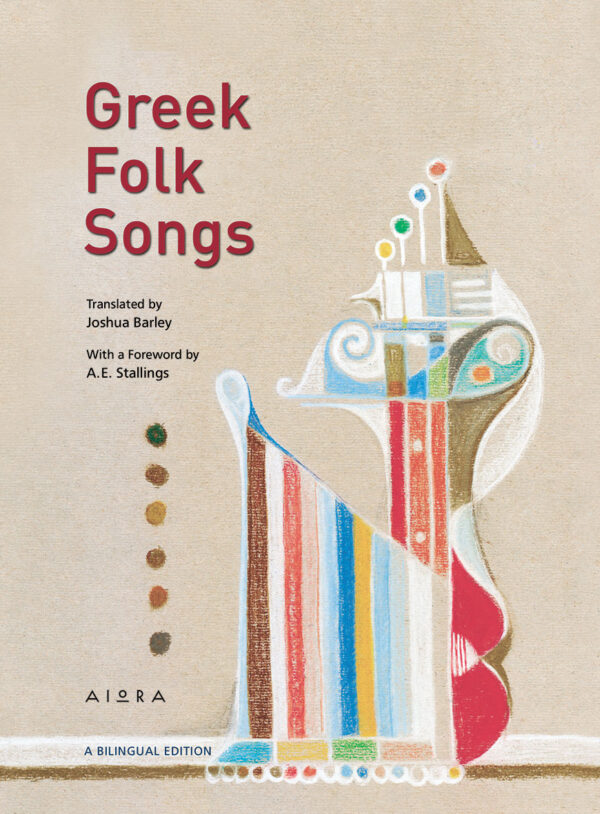 Translated by Joshua Barley
With a Foreword by A.E. Stallings

The Greek folk songs—Dimotika Tragoudia in Greek— are songs of the Greek countryside, from island towns to mountain villages. They have been passed down from generation to generation in a centuries-long oral tradition, lasting until the present. They are songs of every aspect of old Greek life: from love songs and ballads, to laments for the dead, to songs of travel and brigands. Written down at the start of the nineteenth century, they are the first works of modern Greek poetry, playing a crucial role in forming the country’s modern language and literature. Still known and sung today, they are the Homer of modern Greece.

This new translation brings the songs to an English readership for the first time in over a century, capturing the lyricism of the Greek in modern English verse.

I was visited by a friend of the modern Greeks, who had with him some folk songs of that people, the most beautiful of all known to us from the point of view of lyric, dramatic and epic poetry. Yet these are folk songs!
— Johann Wolfgang von Goethe [letter to his son, 1815]