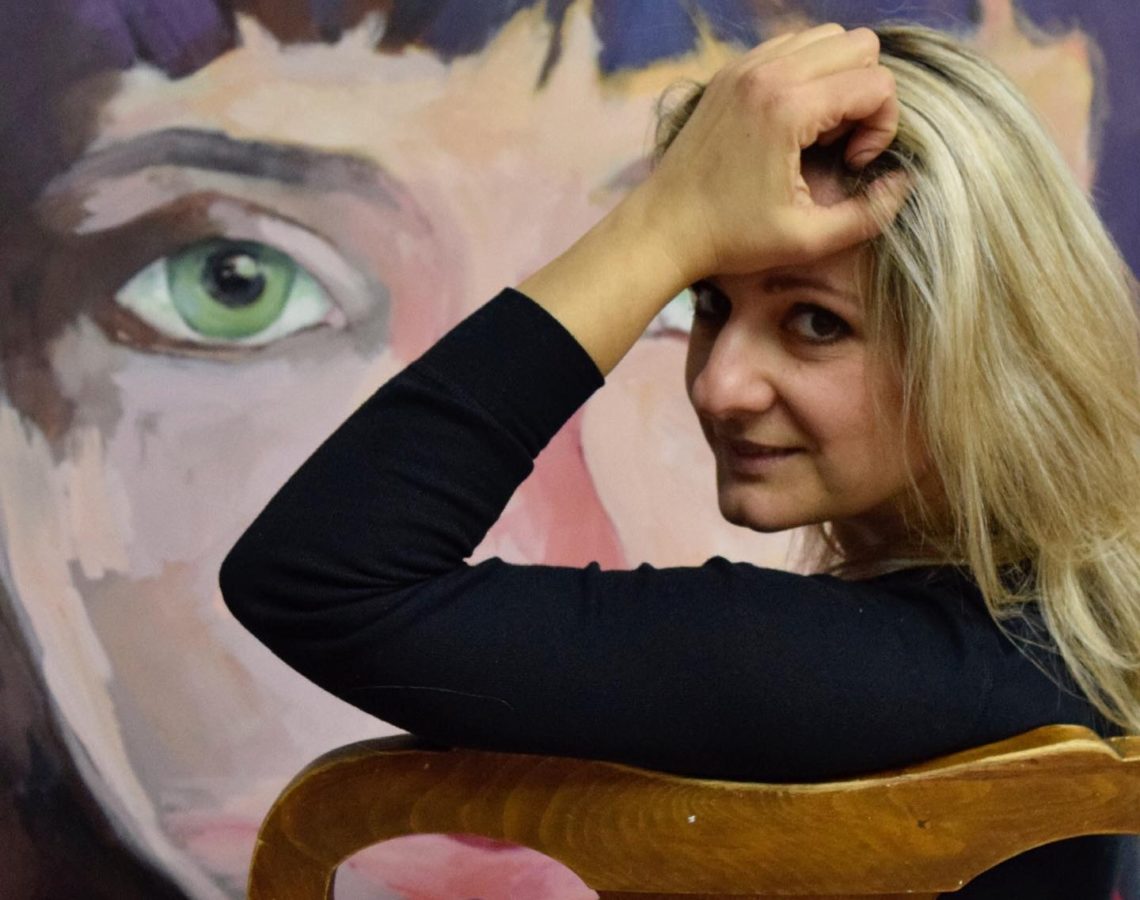 Egkrateia Roumpou was born, lives and works in Thessaloniki, Greece.  She graduated in 2004 with distinction from the Department of Visual Arts of the School of Fine Arts – Aristotle University of Thessaloniki. She followed postgraduate studies ΜΑ Fine Art at University of Arts, Wimbledon, London, from where she graduated in 2007. She presented tree solo shows, and took part in several group shows in Greece and abroad, among them mitra, 2018, Yeni Tzami organized by Municipal Art Gallery, Thessaloniki , Dreams and Fragments, 2017, Lola Nikolaou Gallery, Thessaloniki, 98 hours, 2016, Stereosis, Thessaloniki, On books with the group Platform Translation 98 weeks, 2011, Thessaloniki Biennale: 3 and Beirut, Currents, Trinity Buoy Wharf, 2007, Deutsche Post Bank, Λονδίνο. Since 2009 she is a teacher of visual arts in ANATOLIA College, Thessaloniki, Greece