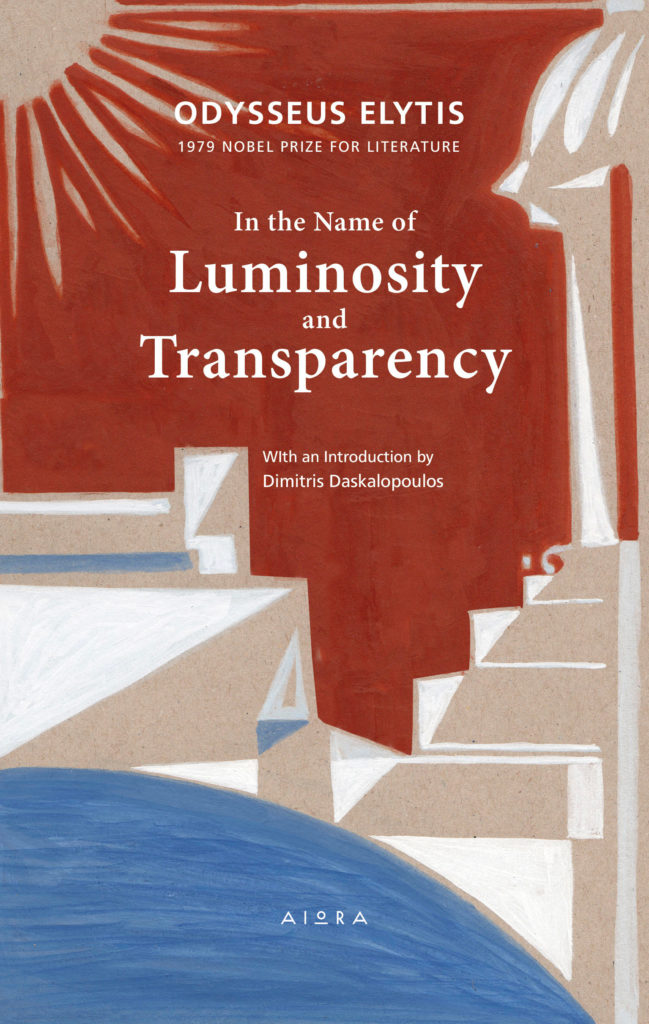 In the Name of Luminosity and Transparency

The poetry of Odysseus Elytis owes as much to the ancients and Byzantium, as to the surrealists of the 1930s and the architecture of the Cyclades, bringing romantic modernism and structural experimentation to Greece. Collected here are the two speeches Elytis gave on his acceptance of the 1979 Nobel Prize for Literature, which are still strikingly relevant today. He addresses a hypertrophic and atrophic Europe in moral chaos, with as many coexisting values as languages-and to this he offers the “common language” that is found in poetry, in art, and in their base materials of sense, aesthetic, intuition. Ultimately, his is a powerful ode to beauty amid utilitarianism, and the need for poetry as “the art of approaching that which surpasses us” and “puts us at the threshold of the deepest truth”.

“And, lo and behold, here I am today in Stockholm, my only treasure a few Greek words. Humble words but alive, because they are on the lips of a whole people. They are three thousand years old, but as fresh as if just drawn from the sea, from the pebbles and sea-weed of an Aegean shore: from the deep blue and total transparency of the aether.”
From Odysseus Elytis’ speech at the Nobel Banquet
City Hall, Stockholm, December 10, 1979

This is my Sunday read, a luminous little book containing a beautiful poets beautiful words. He believed that poetry should permit the breath of Immortality. Blessed is the air it breeds.
―Patti Smith
Poet and songwriter
@thisispattismith